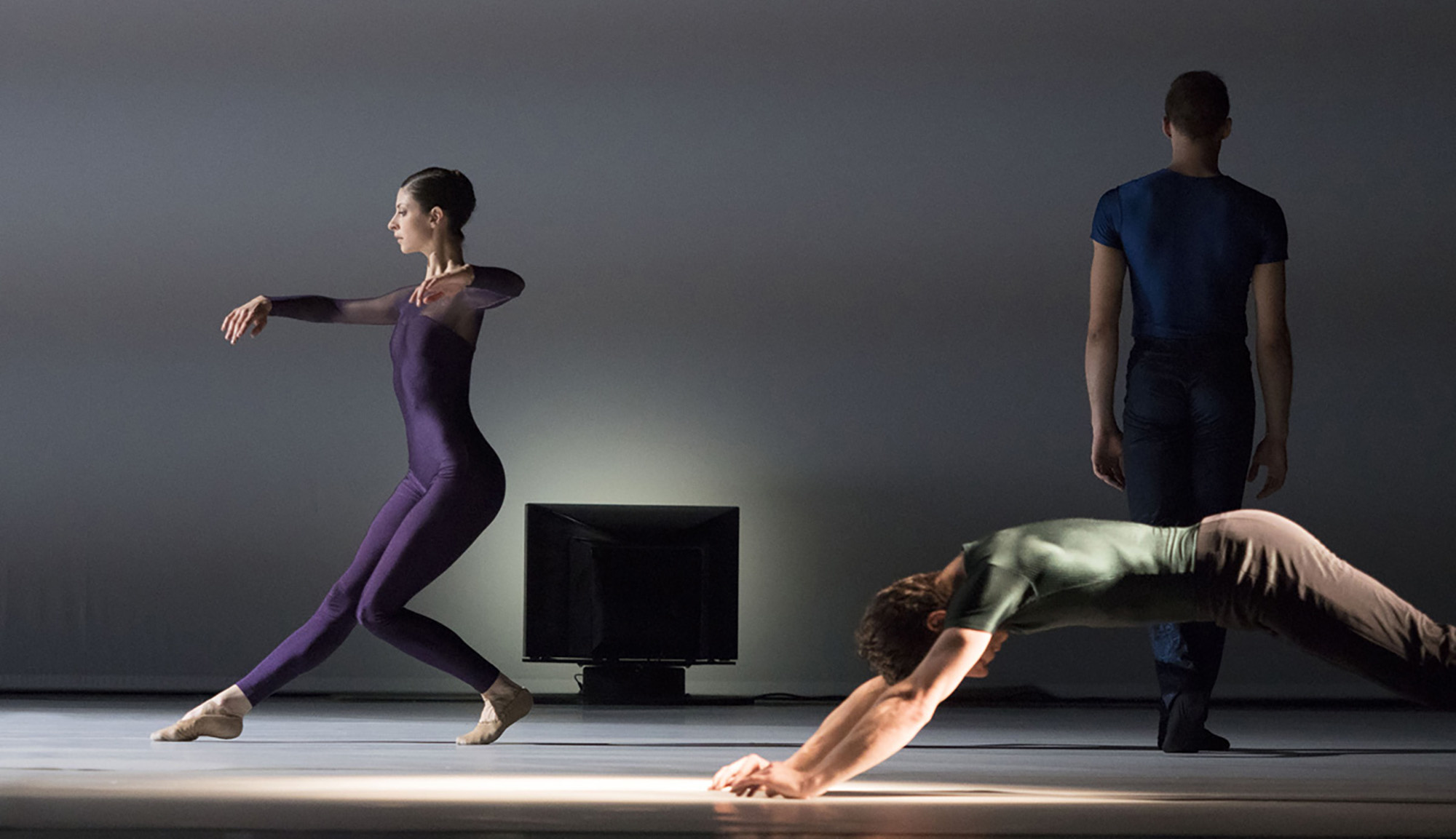 Four dancers, three men and one woman, in bright colours – blue, green, red and violet – dance on music by Dirk Haubrich and JS Bach. At first they move alone, one by one, in their own portion of the stage then interact with each other. The dance presents Kylián’s typical fluid choreographic concatenations with plenty of attention on how the partner is touched and on the dynamics of the movements. Characteristic are the sections in which the sound increases until it peaks clicking and the dancers freeze into a posture for long time. The woman is of course the favourite partner and is lifted and dragged around the stage by all three men. In the background are a white screen and a lit television set of which we cannot see the image. Slowly the screen is lifted disclosing a mirror upon which are reflected sections of the rehearsal shown on the television screen. As the mirror and the television start rotating in different directions we are allowed an interesting perspective, almost as if from the wings, on the performers.